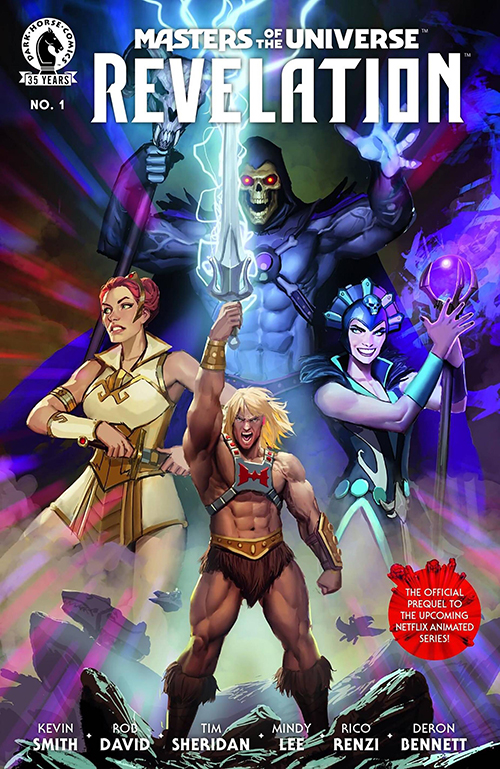 From Executive Producer Kevin Smith comes an epic story that picks up where the ’80’s series left off and brings the power of Grayskull back to the world. Part 1 of Masters of the Universe: Revelation premieres July 23, only on Netflix. And on July 7, Dark Horse Comics’ prequel to the animated series arrives!

This is the official comic book prequel to the upcoming Netflix television show written by Executive Producers Kevin Smith and Rob David and episode writer Tim Sheridan and featuring art by Mindy Leerimson Lotus). Following a vicious Orlax attack on his father King Randor, He-Man learns the creature is linked to the origin of the sword of power...