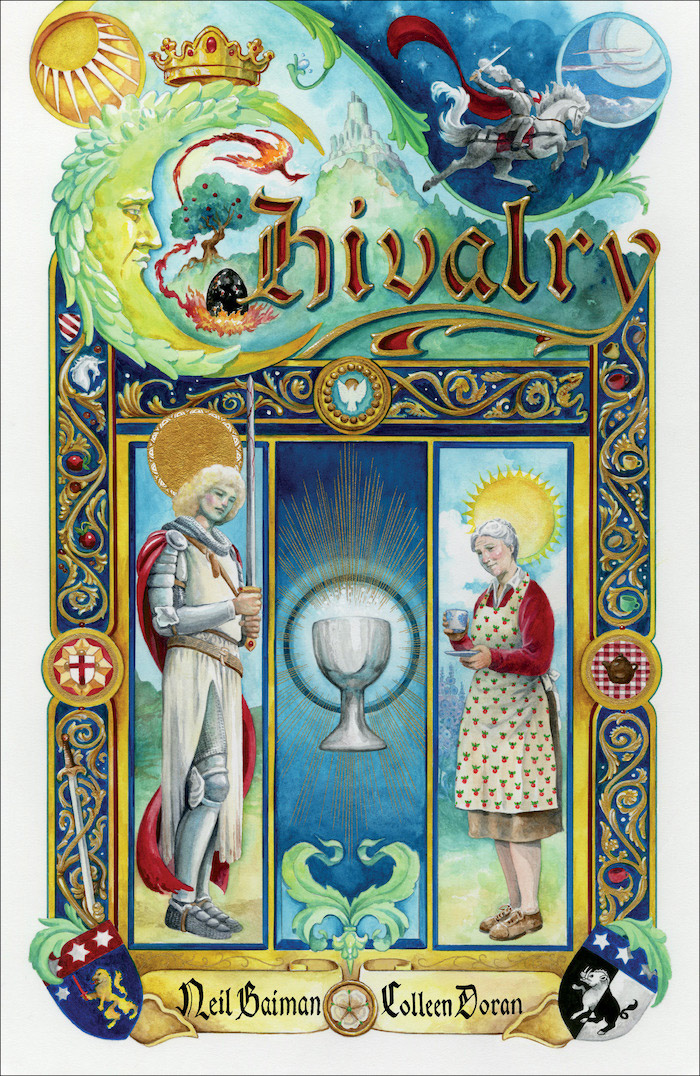 An elderly British widow buys what turns out to be the Holy Grail from a second-hand shop. This chance purchase sets her off on an epic adventure when she begins receiving visits from an ancient knight who lures her with ancient relics in hope for winning the cup.

“I’ve wanted to do an adaptation of Neil Gaiman’s ‘Chivalry’ ever since he sent a draft of the story to me at about 1 AM via fax machine decades ago. It is one of Neil’s loveliest, most charming stories, and I cried with happiness when I learned I would get to do the adaptation...

Our sale starts tomorrow and will be in place for two weeks ending on Sunday 12/6 ap 6pm. To recap: 25% off all back issues below 10.00, 20% off back issues above 10.00,20% off most toys, 50% off all items in our already low priced liquidation room including our 1.00, 2.00 and 3.00 comics, and 20% off all trade-paperback collections. Posters will be 20% off, selected collectible card games will be 10% off, role-playing games and miniatures including D&D and Games workshop minis will be 10% off. We will also be giving away free comics and trade-paperbacks as both door prizes and incentives during the sale. New to our celebration….for every 25.00 spent during this sale(11/23-12/6)you will get one ticket to enter into a drawing for 50 gift certificate from Comic Quest...