WEB-SITE WAS DOWN FOR SEVERAL DAYS!

The CQ newsletter is late this week due to the web-site being down. All is back in place and the newsletter should arrive next week on time. This week we are only offering a list of what to see in the store this week.

LIST OF WHAT IS ARRIVING IN THE STORE THIS WEEK!

Coming Soon! What if you had the ability to add and delete books on your pull and hold files from your mobile phone or laptop? What it you could see all of the variant covers for all of the books coming into the store each week? What if
you could see a list of all the items in your pull file? And pay for them on the way to the store? All things are possible
and you may be seeing some of this customer service features within the next 2-3 weeks. The future of comic  book
collecting is right around the corner at Comic Quest! More details coming soon! We are looking to buy vintage comics, high value comics, toys we do not have and Pokemon /MTG collections. Now is the time to turn your collectibles into cash!

Last week, for some reason, the CQ newsletter... Phage. Scream. Lasher. Riot. Agony. This July, the five Life Symbiotes will face their greatest challenge yet, courtesy of their big bad older brother: Carnage. The saga will kick off in EXTREME CARNAGE ALPHA #1 by Eisner-nominated writer Phillip Kennedy Johnson(Alien).

“After King in Black, everything we thought we knew about the symbiotes will have changed... 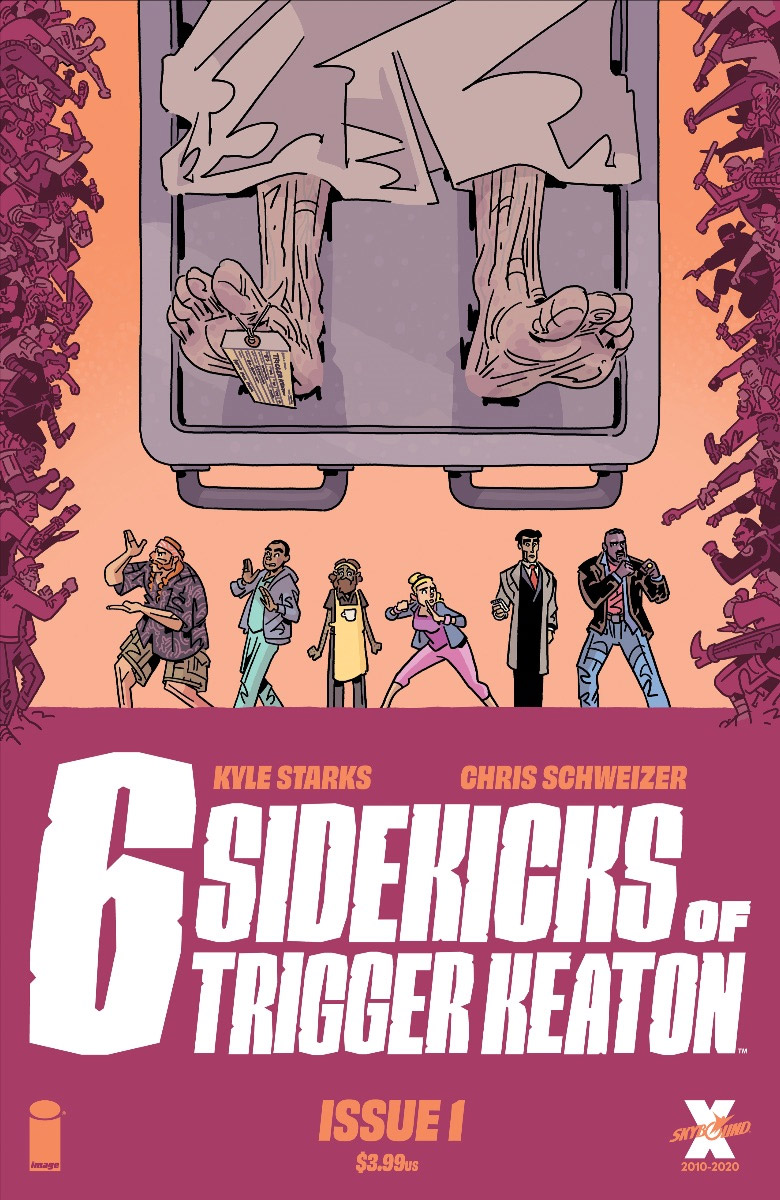 The world’s most unlikable action star has been found dead, and his previous TV sidekicks take it upon themselves to find out who killed him. But how can you catch a murderer when almost everyone hated the victim? Time for the sidekicks to become the stars of this show…that is, if any can survive the STUNTMAN WAR!

“I’m so excited to be working with Skybound again on another great action-comedy series,” said Starks...