Have a look at what’s available to preorder now from BOOM! Studios, Dark Horse Comics, Dynamite, IDW Publishing, Image Comics, and Marvel. All shipping to comic stores starting in November. All are available to be addeed to your pull and hold files now.

(W) Gerry Duggan, Declan Shalvey, Matthew Rosenberg (A) Declan Shalvey, Joshua Cassara (A/CA) Adam Kubert
TOP MARVEL TALENT SINK THEIR CLAWS INTO ALL-NEW
WOLVERINE TALES AND THEY’RE BLOODIER THAN EVER!
LOGAN. PATCH. WEAPON X. WOLVERINE. The mysterious mutant has gone by many names and lived many different lives.  Now, experience ALL-NEW untold tales of the best there is through the lens of an all-star cast of creators, in the unadulterated black and white format (with a healthy splash of blood red all over)!
Return to the Weapon X program with Gerry Duggan and Adam Kubert, and a new revelation from Wolverine’s shattered memories.  Join Matthew Rosenberg and Joshua Cassara on an explosive deep-cover spy mission from Wolverine’s association with NICK FURY.  Head into the wilds with writer/artist Declan Shalvey as Logan finds himself in the crossfire of a deadly trap!  This is the one you’ve been waiting for, bub. Parental Advisory 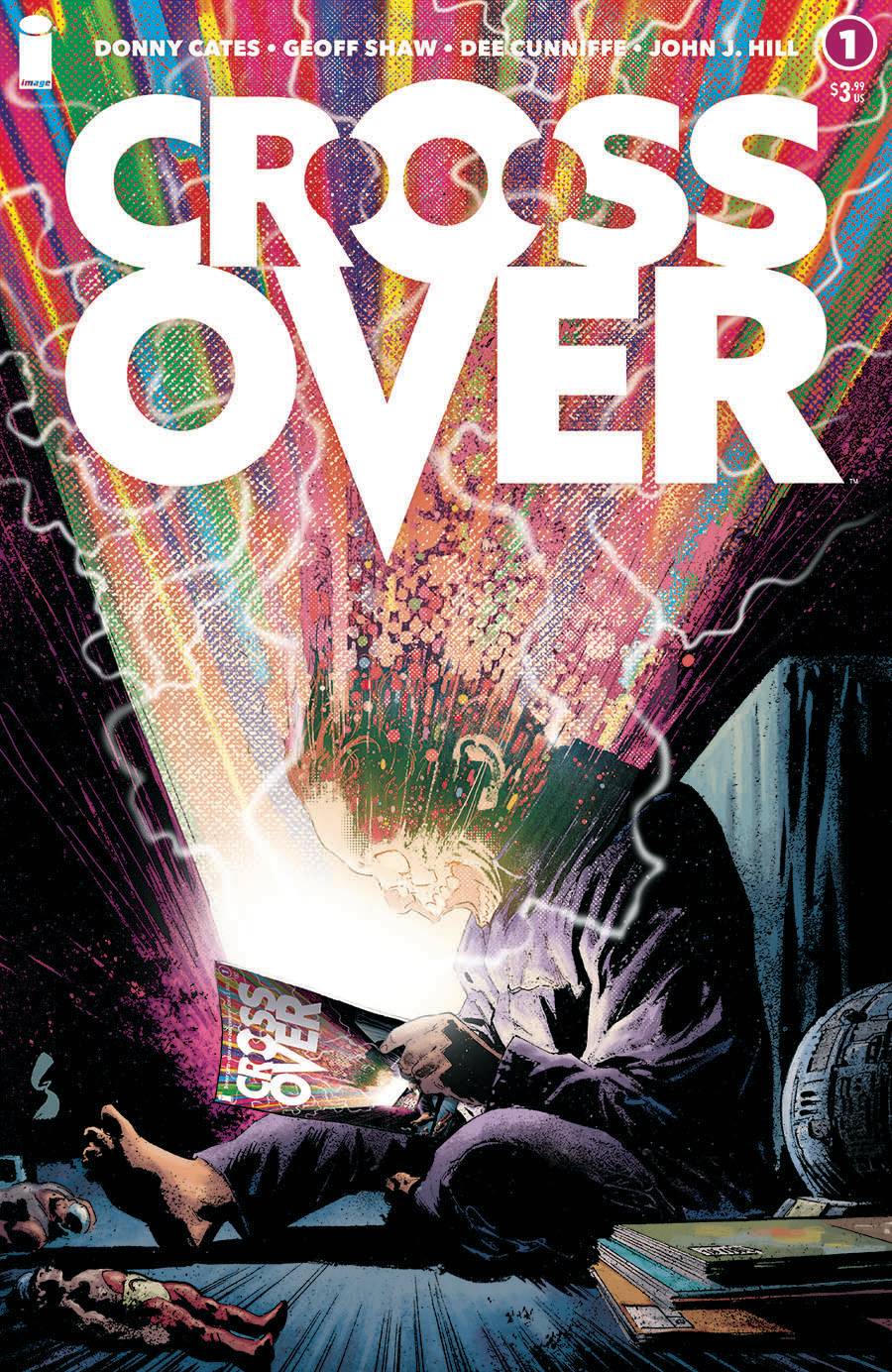 Imagine everything you thought was fantasy…was real. And now join us, in a world where reality is dead…and anything is possible… 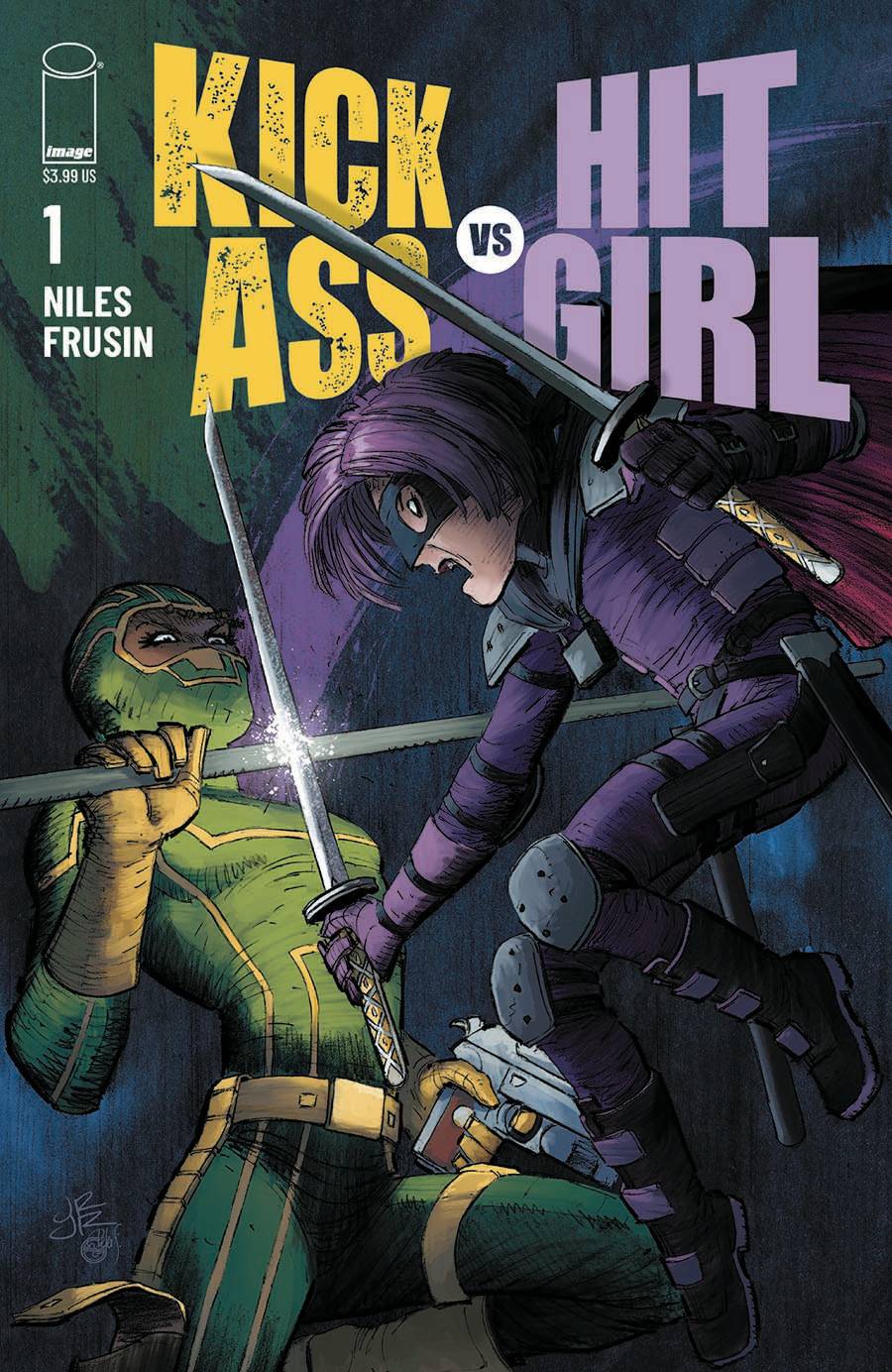 (W) Steve Niles (A) Marcelo Frusin (CA) John Romita
NEW STORY ARC! It’s KICK-ASS versus HIT-GIRL. Old allies become enemies when Mindy screeches into Albuquerque to kill the imposter who’s been running gangs in New Mexico. And as Hit-Girl sets out to avenge Dave and stop Kick-Ass’ criminal operations for good, Patience fights to survive as the target of the best assassin in the biz-and questions whether she could ever kill a child to save her own life. 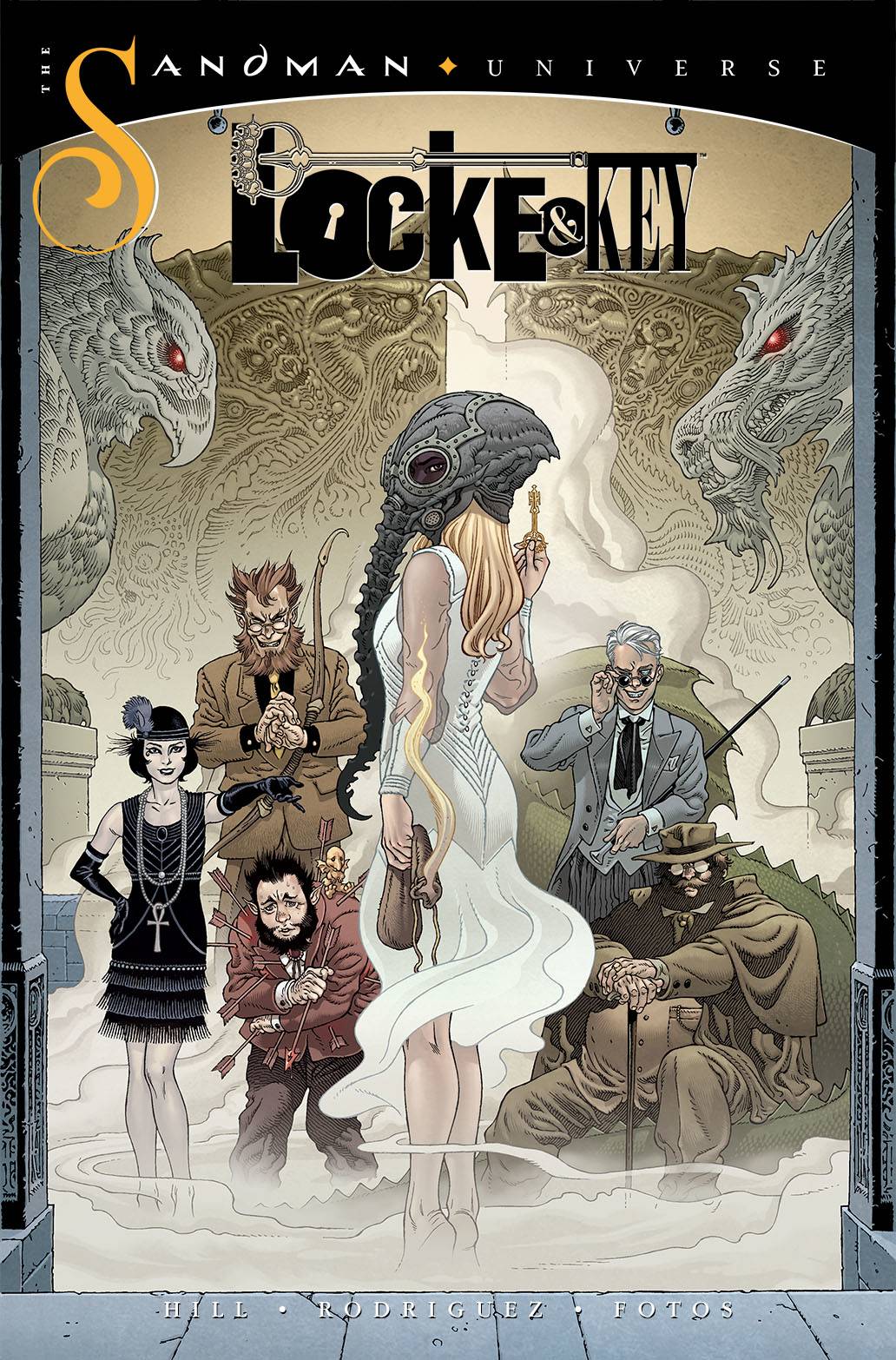 (W) Joe Hill, Neil Gaiman (A/CA) Gabriel Rodriguez
If you think you can unlock the gates of Hell and just invite yourself in, you must be Dreaming!
The epic crossover between two of the most beloved fantasy universes in comics begins here. John “Jack” Locke is ten years dead, but that hasn’t stopped him from posting the occasional letter home… from Hell. Now Mary Locke will do anything to save her brother’s soul, including cut a deal with Roderick Burgess-the most evil man in England-to search for answers in the House of Mystery and risk the walking nightmare known as the Corinthian to find help in a disintegrating Kingdom of Dreams! 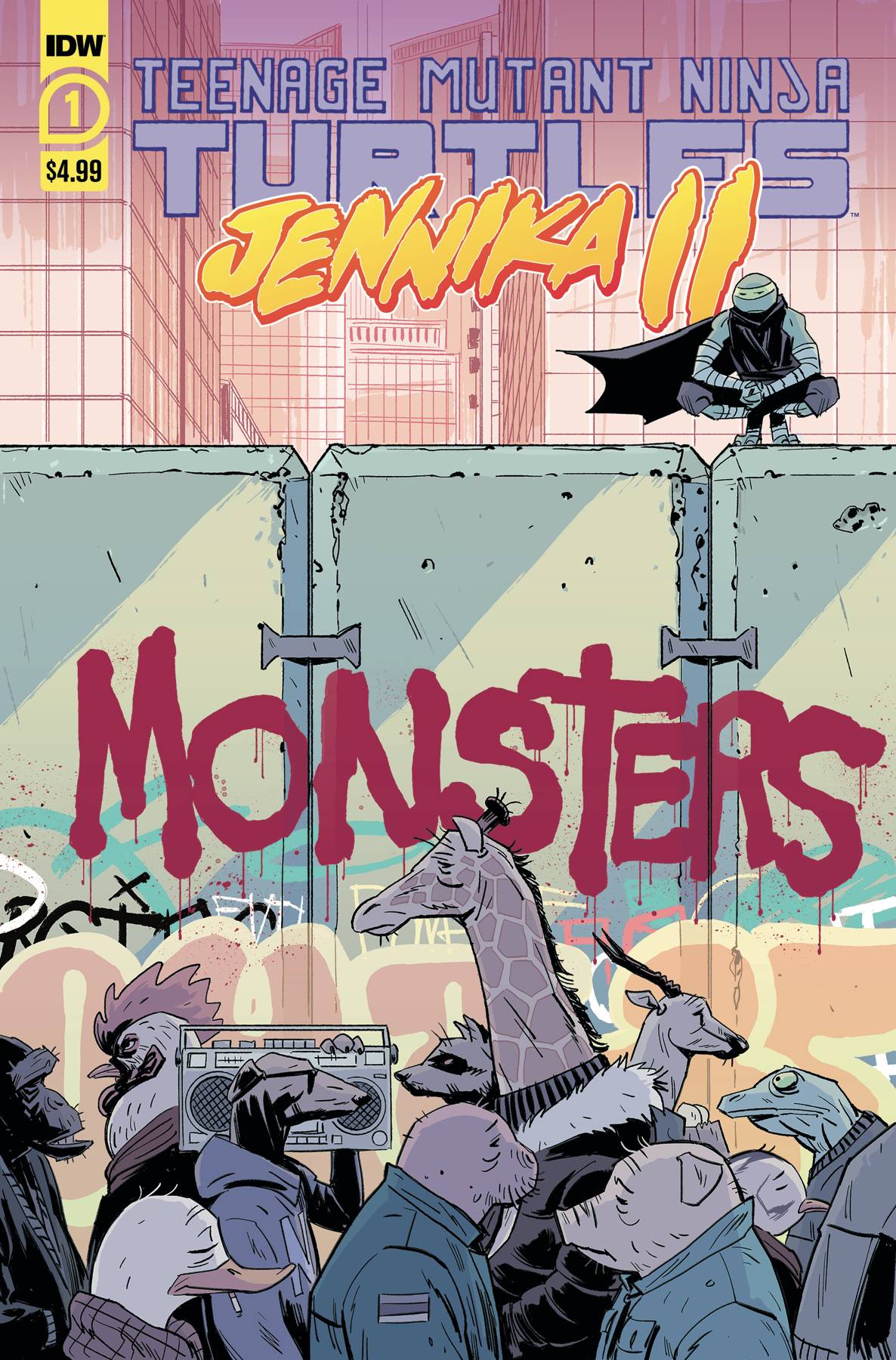 (W) Brahm Revel (A/CA) Brahm Revel
Due to overwhelming demand the breakout hit TMNT character is back with another solo adventure! Mutants are turning into monsters and fear is spreading. Jennika takes to the underworld of Mutant Town to get to the bottom of the situation. Little does she know old enemies and new await! 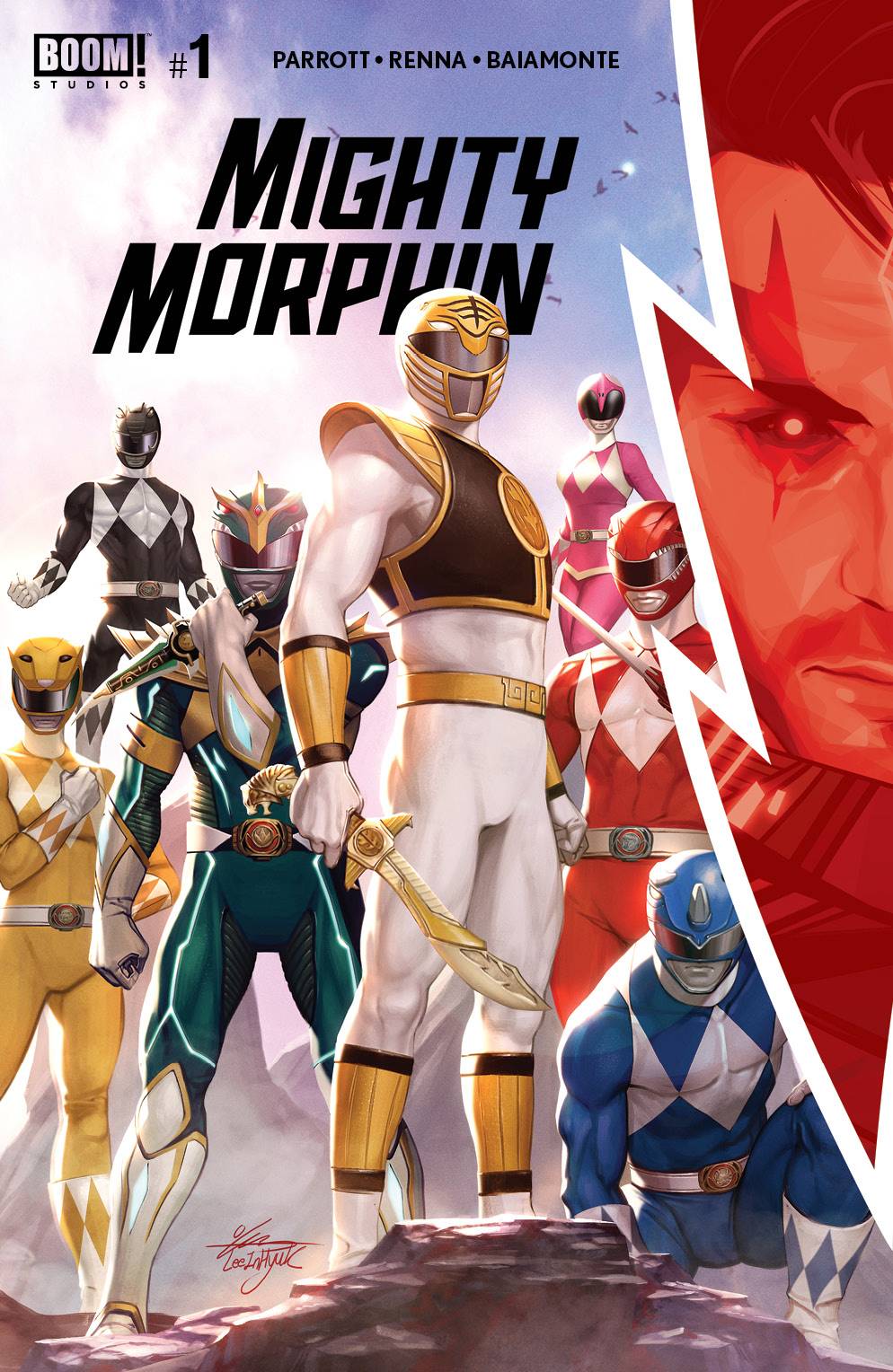 (W) Ryan Parrott (A) Marco Renna (CA) In-Hyuk Lee
* Two New Series, Two New Teams – The UNLIMITED POWER Era Begins HERE- but who is the NEW Green Ranger and are they friend… or foe?
* Superstar writer Ryan Parrott (Mighty Morphin Power Rangers/Teenage Mutant Ninja Turtles) and rising star artist Marco Renna send the Mighty Morphin team on a collision course with an even deadlier Lord Zedd, who has a new mission and a new motivation – one that will change everything you thought you knew about our heroes!
* But even if the Mighty Morphin team can all find a way to survive Zedd and their mysterious new enemies, they may discover the greatest threat to their future is the shocking secret of Zordon’s past!
* The next big epic begins here, perfect for longtime fans and new readers alike. 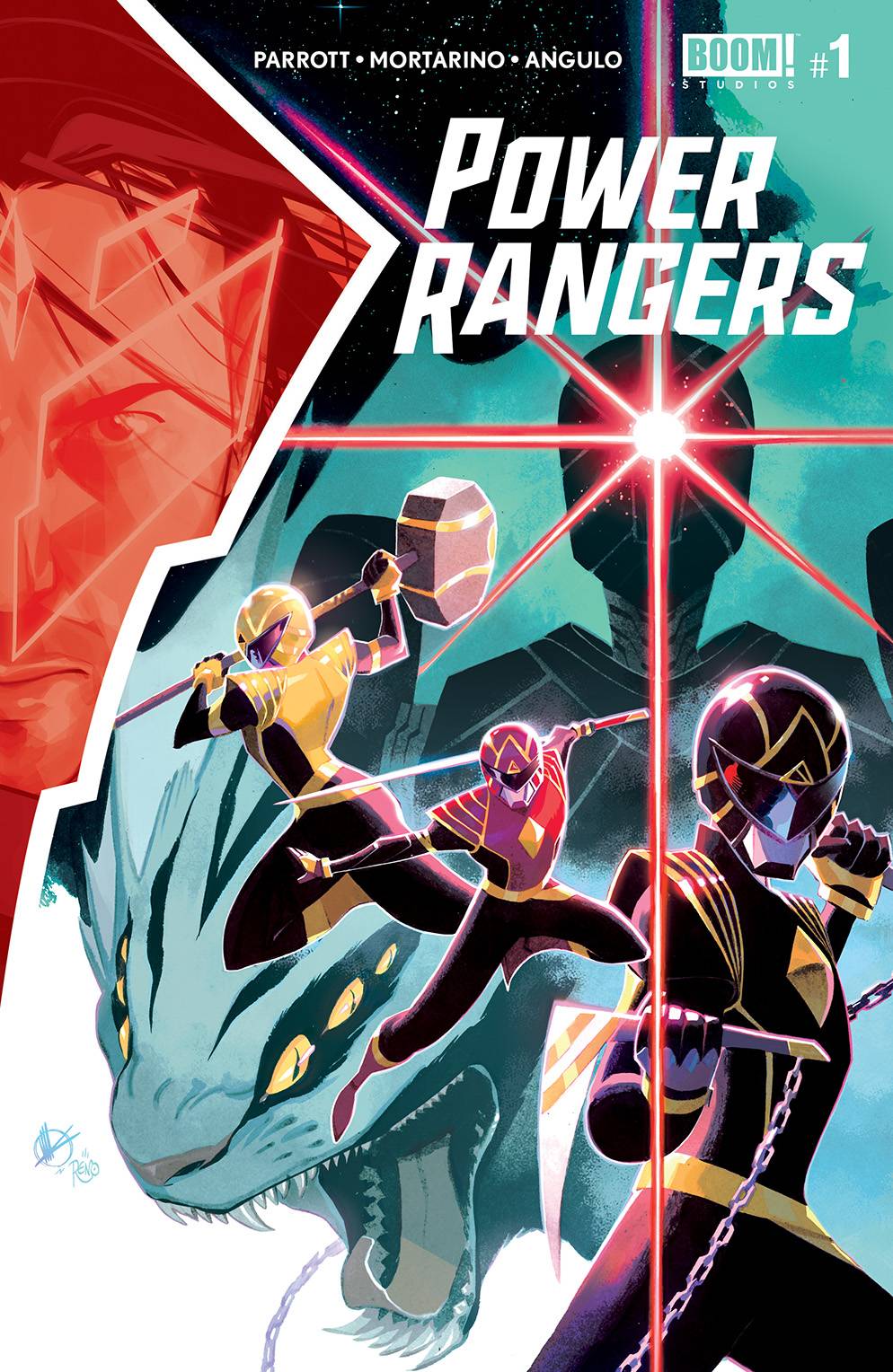 (W) Ryan Parrott (A) Francesco Mortarino (CA) Matteo Scalera
* Two New Series, Two New Teams – The UNLIMITED POWER Era Begins HERE – And Only Lord Drakkon, Their Greatest Enemy, Can Save Them!
* Superstar writer Ryan Parrott (Mighty Morphin Power Rangers/Teenage Mutant Ninja Turtles) and fan favorite artist Francesco Mortarino (Go Go Power Rangers) reveal a new cosmic threat that only the original Power Rangers, now known as the Omega Rangers – Jason, Trini and Zack – can hope to defeat!
* But their secret weapon is… the villainous Lord Drakkon?!
* Zordon forbids the Omega Rangers from contacting Drakkon, so if they want to save the universe then they’ll have to go rogue – and go up against their Mighty Morphin allies.
* The next big Power Rangers epic begins here, perfect for longtime fans and new readers alike.

X OF SWORDS – CHAPTER 1
A tower. A mission. A gathering of armies.

* Not all the witches burned during the Salem Witch Trials – and the ones that survived did so together. Now, generations later, their descendants protect the ancient secrets entrusted to them. They call themselves the Ravens.
* Wilma is the new girl in school, and she plans to go completely unnoticed – except that she bears an eerie resemblance to the Raven member Waverly. And Waverly just went missing.
* But the truth behind Waverly’s disappearance will put the entire coven in danger – and Wilma will have to rely on power she never knew she had if she wants to save her new friends.
* Writer Dan Panosian (Slots) and artist Marianna Ignazzi present a supernatural mystery, perfect for fans of The Marked and Sabrina the Teenage Witch (2019).

N THE WAKE OF EMPYRE, JEN WALTERS GOES IMMORTAL!
The Cotati invasion has changed everything for Jennifer Walters. Now she seems to have a new lease on life…but things are never that simple for the gamma-powered. Al Ewing gives She-Hulk the “IMMORTAL” treatment with a horrifying stand-alone tale!

It’s the drag race from hell in this one-shot tie-in to Dark Nights: Death Metal! Taking place after the events of Dark Nights: Death Metal #3, the Darkest Knight is after Wally West and his Dr. Manhattan powers. Thankfully, Wally has backup in the form of Barry Allen, Jay Garrick, and Wallace West! It’s a knockdown, drag-out race through the Wastelands as the Flash Family tries to stay steps ahead of the Darkest Knight and his Lightning Knights!

(W) B. Clay Moore (A/CA) Stephen MolnarAmara Bishop is a newly single mother with a long-buried past. Raised by an
alcoholic father in a rundown trailer, Amara was a child when she learned to kill. And she hasn’t killed an-yone since she was thirteen. When her aging mentor is murdered, and her daughter is threatened, that will soon change…

An unlikely assassin in a deadly game of cat and mouse, brought to you by B. Clay Moore (Hawaiian Dick, Battle Hymn) and Stephan Molnar (Imaginary Fiends, Star Trek).

(W) Cecil Castellucci (A) Robbi Rodriguez (CA) Giuseppe Camuncoli”The Last Joke” part two: in the finale of this killer two-part tale, Babs traces the Batgirl-obsessed redhead murders back to their source and realizes the real culprit is…closer than she expected! Will James Gordon Jr. step up to the plate and prove his new loyalty to his sister by taking out the killer?

TOYS OF THE WEEK!

A Diamond Select Toys release! One of the most iconic Batmen of all time takes the stage with this all-new Gallery Diorama of Batman from Tim Burton’s 1989 movie Batman! Standing atop a distinctive piece of Gotham City architecture, Batman spreads his cape and prepares to dive on some unsuspecting evildoer. Measuring approximately 11 inches tall, this diorama is made of high-quality PVC and features detailed sculpting and paint applications. It comes packaged in a full-color window box.

From Bandai America. Get transported to the fierce battles and imaginative worlds of Dragon Ball with these super exciting Dragon Ball Evolve figures. These 5-inch favorite are expertly crafted and intricately detailed with over 16 points of articulation!

A Diamond Select Toys release! We are Venom! Flash Thompson dons the Venom symbiote once again for this new Marvel Gallery Diorama! Measuring approximately 9 inches tall, this sculpture of one of Venom’s most popular pairings is cast in high-quality PVC and features detailed sculpting and paint applications. It comes packaged in a full-color window box.

(W) Garth Ennis (A) Various (CA) Colin MacNeilThe essential Judge Dredd graphic novel series – the ultimate introduction to the Lawman of the Future! In Mega-City One, the Judges are the law – acting as judge, jury, and executioner. But how do the citizens really feel about a system where they are powerless? This dark and complex tale, considered to be one of the best stories to ever come out of the Judge Dredd universe, has been contextualized with contemporarily thematic stories with re-colored art by Watchmen‘s John Higgins.